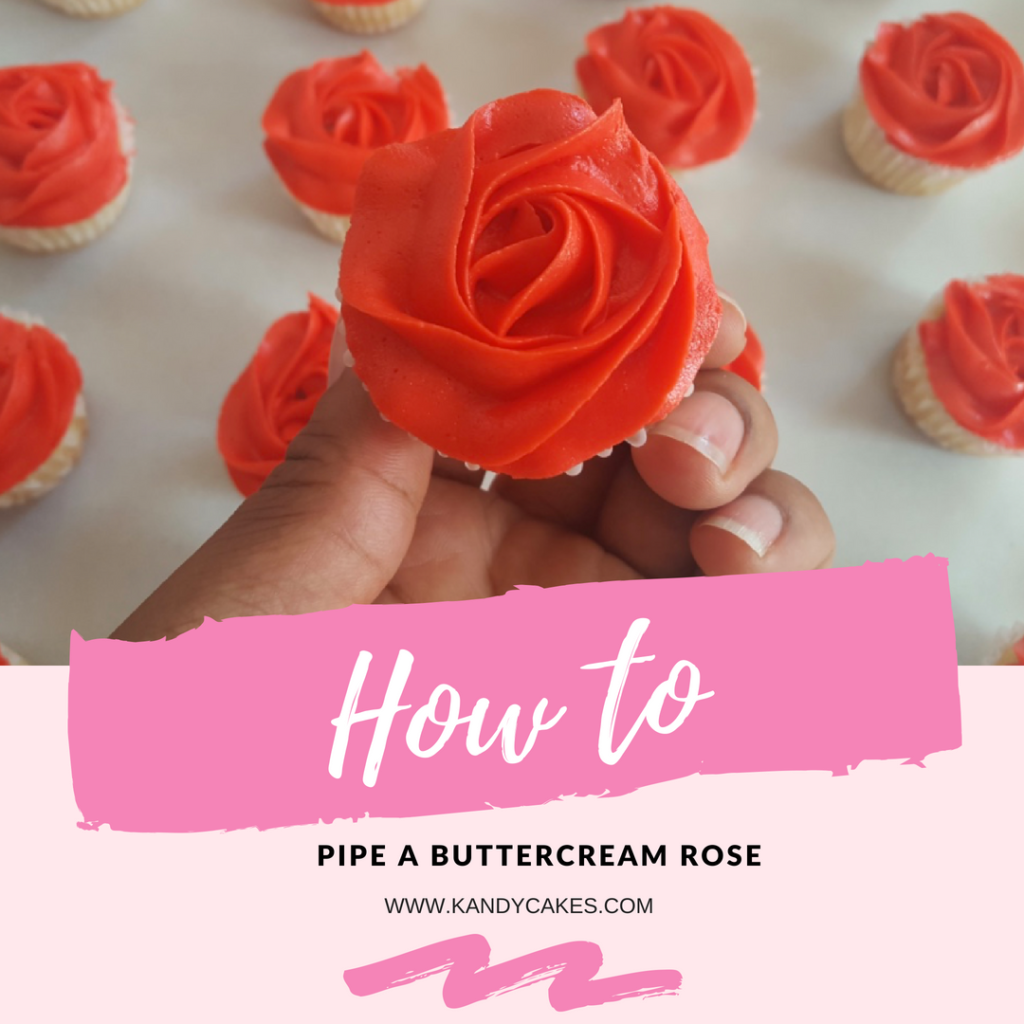 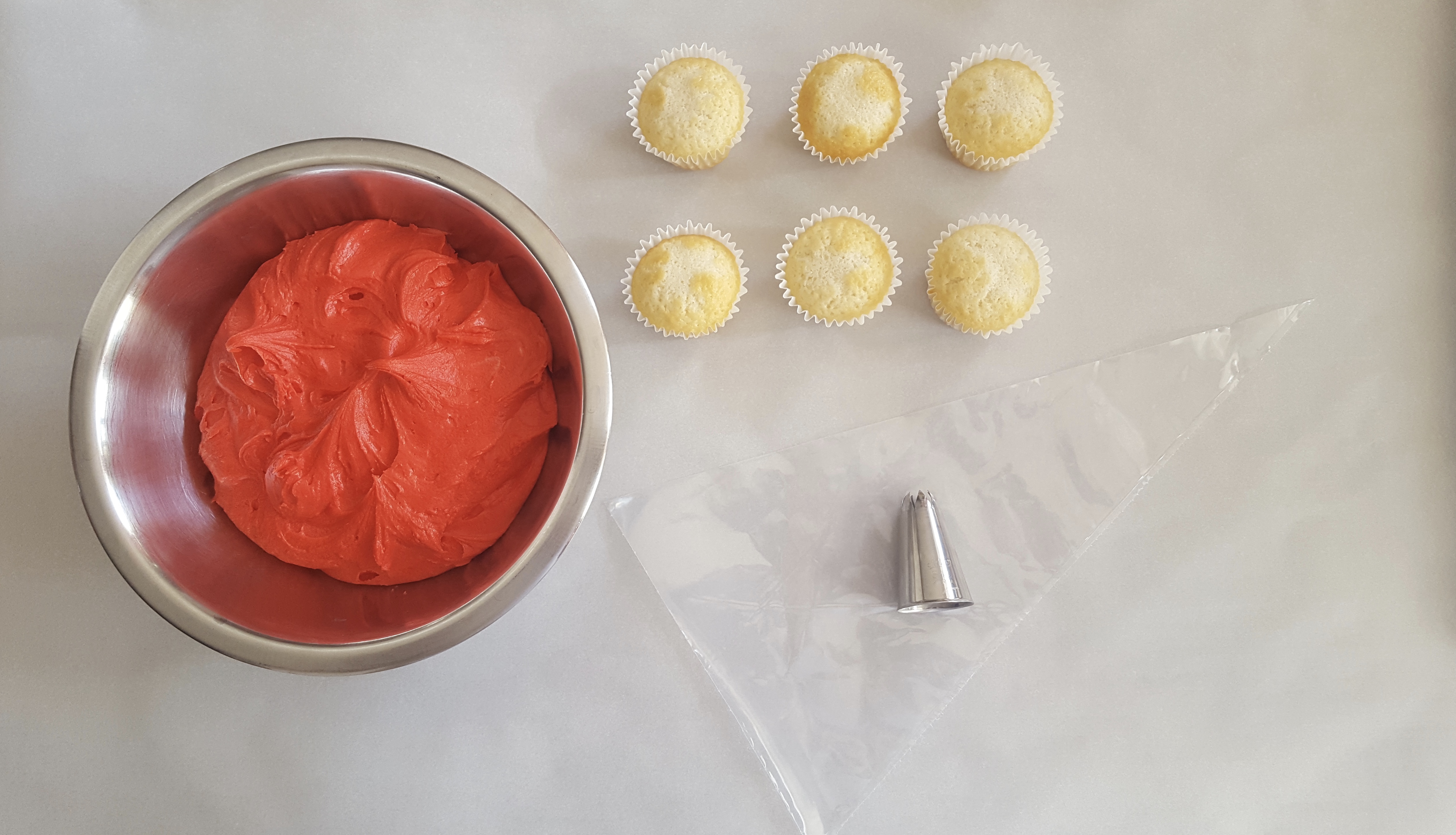 For this tutorial, you will need to prepare unfrosted cupcakes and make a small batch of buttercream and add red food coloring to it. I like to use AmeriColor which is a gelpaste food coloring. 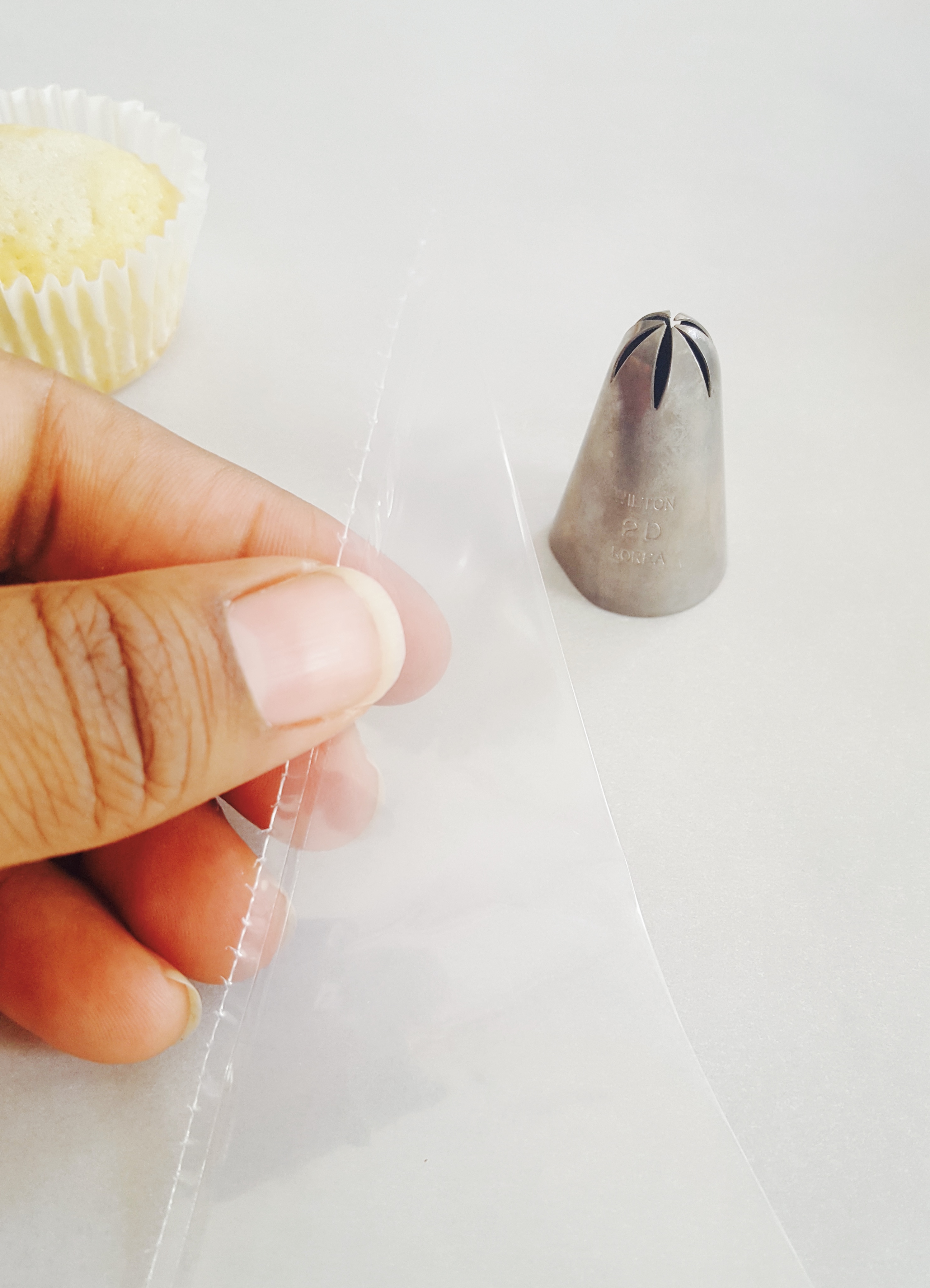 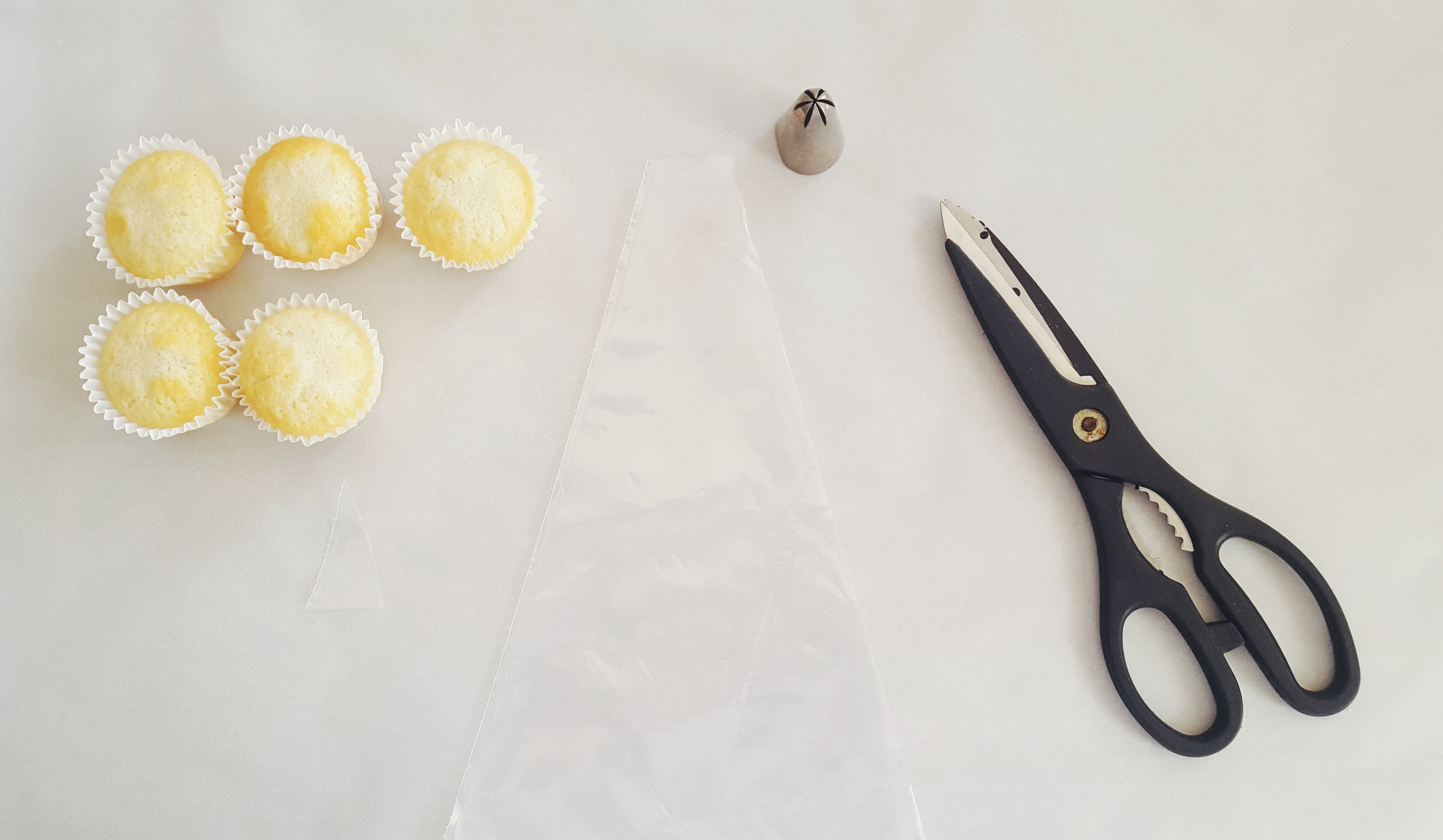 Cut the top part of the piping bag with your scissors and insert the tip into the bag. 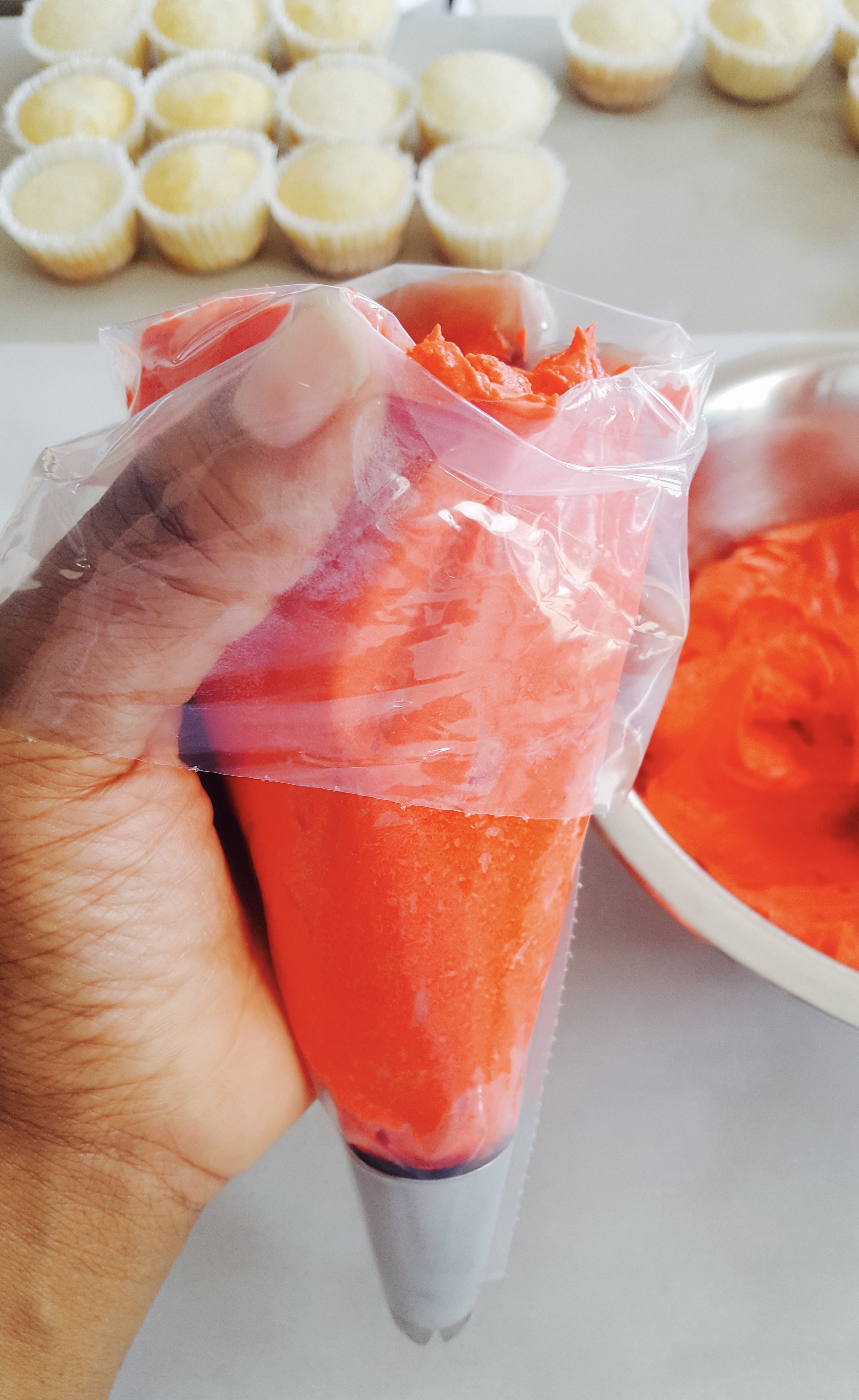 Grab the piping bag in one hand and roll down the sides. I am using a 16″ piping bag, but you may use any size piping bag of your choice. Place some of the colored buttercream inside of the piping bag but do not fill to the top. 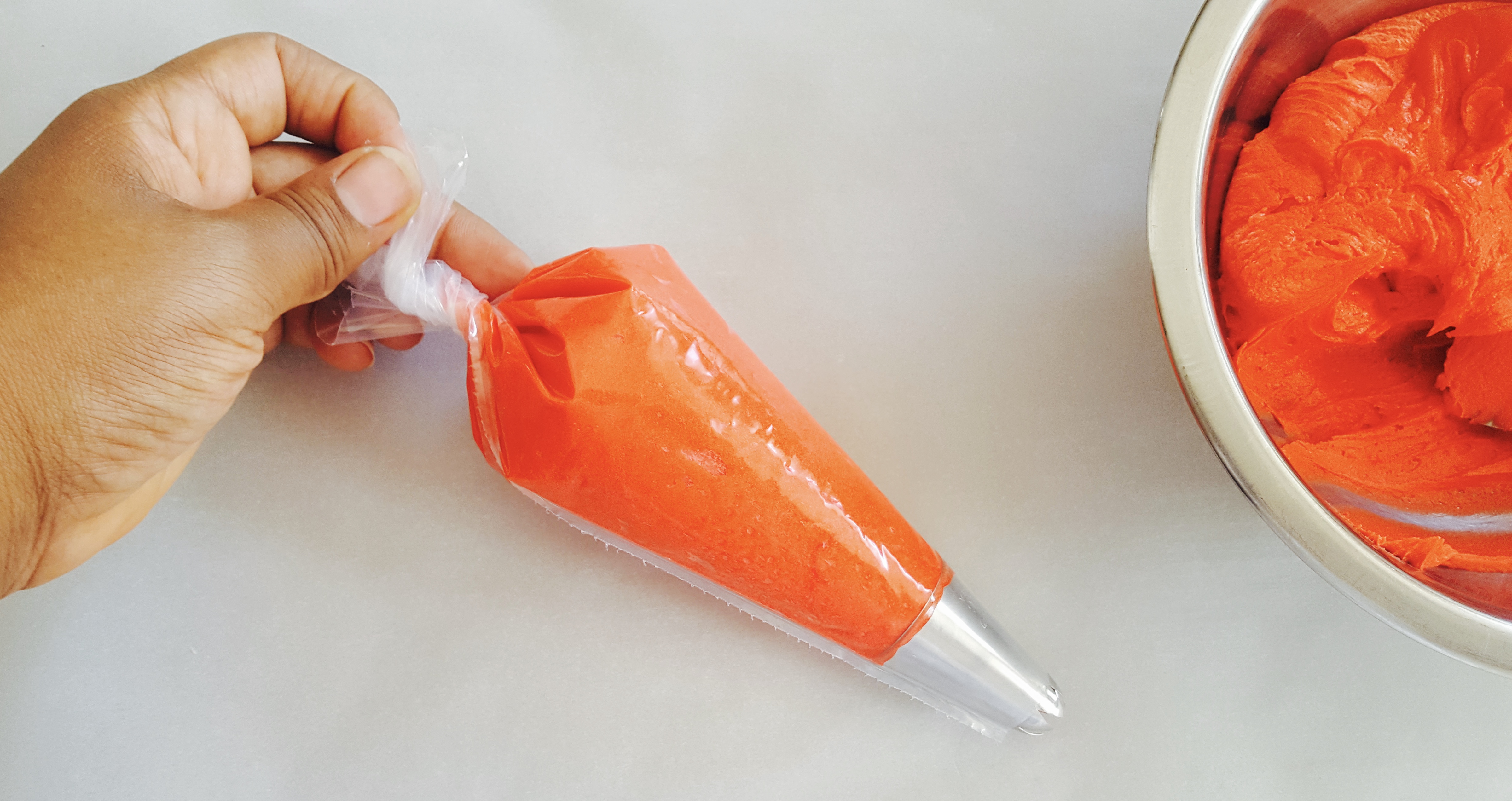 Twist the end of the piping bag to ensure none of the buttercream will escape while piping the cupcakes. 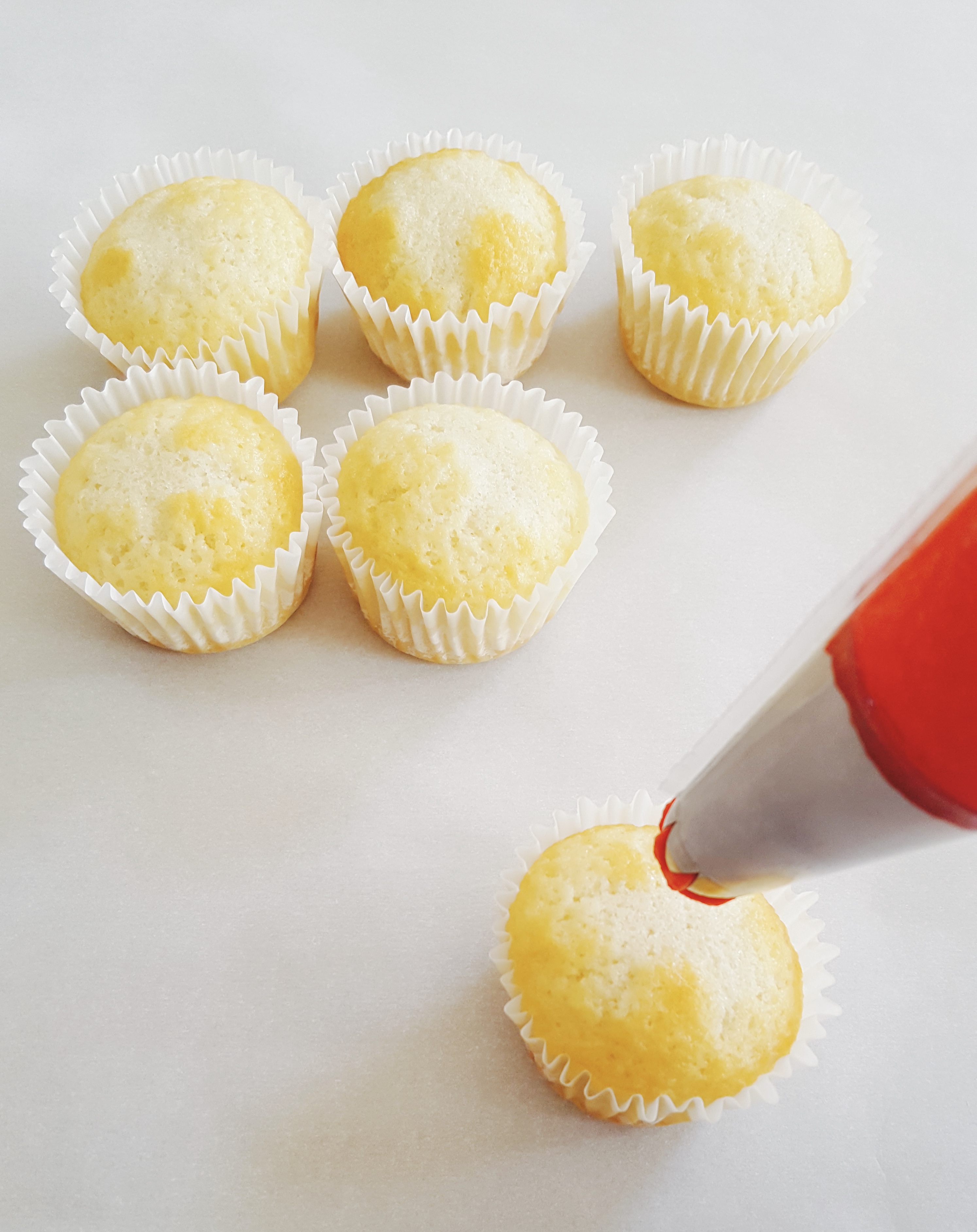 Start piping your cupcake by gently squeezing the piping bag until the buttercream slowly begins to drop out. 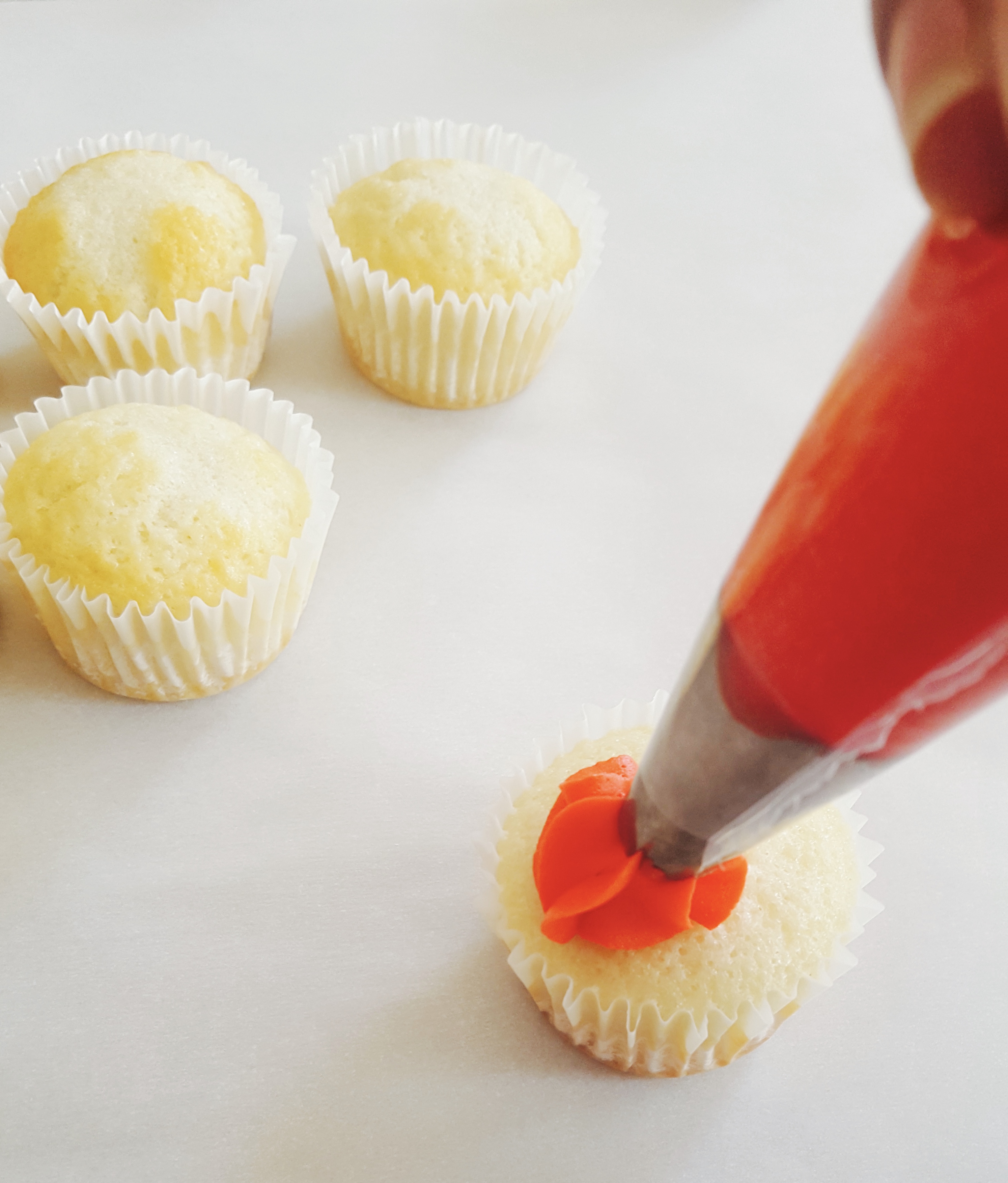 Form a small dot in the center of the cupcake and swirl the buttercream around the cupcake from the inside out without breaking the swirl. 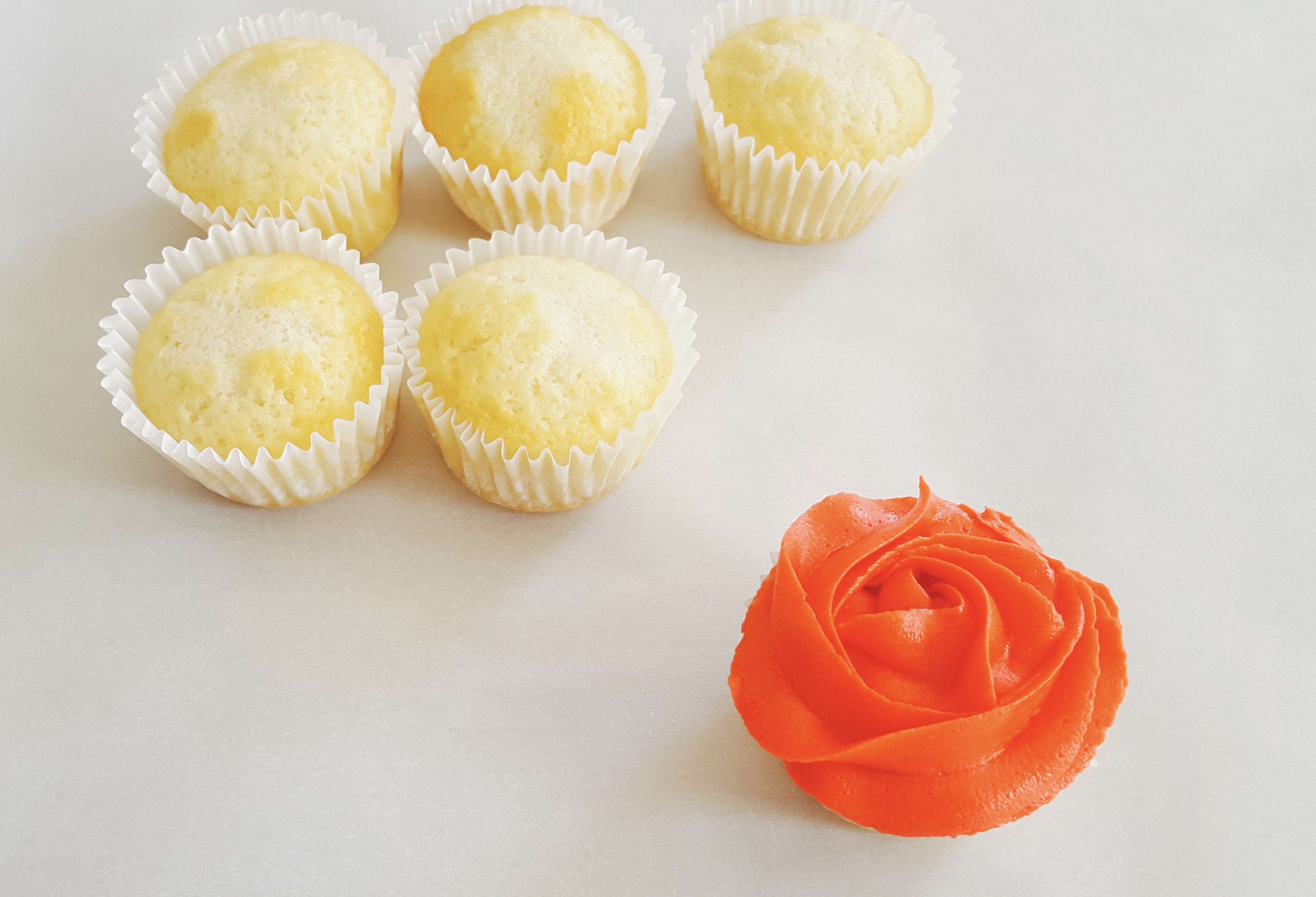 Your finished product should look like a small rose on a tasty cupcake. Take a bite and enjoy!

It’s that time again! Let’s get our minds and

I must admit...I am supppper late to the game on t